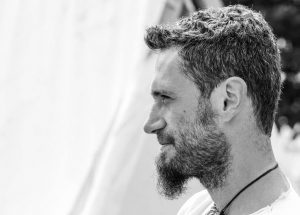 Mgr. Ľubomír Novák, PhD teaches Persian philology and its variations and has a course that combines Persian issues and philology of other Iranian languages. Apart from linguistics, he teaches the history of Central Asia. He graduated in Archaeology at the University of West Bohemia in Pilsen, and then in Comparative Linguistics at Charles University. During his tenure at the National Museum (2012-2017), he was the author of the exhibition Afghanistan: Rescued Treasures of Buddhism showing the Afghan history before the arrival of Islam. In 2007-2009, he worked on a grant project Yaghnobi Electronic Lexical Database financed by the Charles University Grant Agency – 3 expeditions were sent to Tajikistan as a part of the project. In 2007, he attended a course Introduction to the Ethnolinguistics of Yaghnobi at University of Bologna, and then in 2006, a summer school Sprachen und Schriften der Sogder und Türken an der Seidenstraße at the Department of Turfan Studies at Berlin-Brandenburg Academy of Sciences.