The PhD programme Middle Eastern Studies is conducted in cooperation with the Oriental Institute at the Czech Academy of Sciences.

The prospective students should contact the guarantor of the programme doc. Boušek (daniel.bousek@ff.cuni.cz) and consult with him the proposed dissertation project and selection of a suitable supervisor.

The study programme Middle Eastern Studies is designed, in accord with contemporary methodological approaches, as area studies with a prominent exterritorial aspect. The area of the Middle East itself is perceived in its broader sense – on the one hand, it includes North Africa, but on the other, the regions of Pakistan and Afghanistan (the borderland of Central Asia). The exterritorial aspect allows us to include for instance the Arabic presence on the Iberian Peninsula in the Middle Ages, Jewish culture in a European diaspora, or Turkish emigration to present-day Germany. 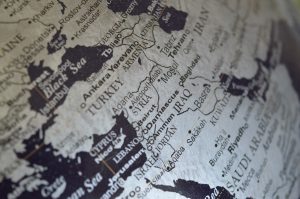 The programme also covers the historical element – it begins with the late antiquity while leaving aside the ancient history, and emphasizes the Middle Ages, early modern period, modern and present history. It compares how the history relates to the development of Islamic but also Jewish and Persian culture, as well as to the significance of their presence in the Western Europe. Furthermore, the programme addresses the issues of mutual relations, representations, dialogues, and clashes of Middle Eastern cultures and Europe.

Methodologically, the programme has a multidisciplinary design. It pays attention to the historical, contemporary, political, social, economic, and more culturally general phenomena. To study them, it uses historical and literary methodologies but also sociological and religious studies, eventually anthropologic, gender, or cultural studies.

The PhD programme is conducted in cooperation with the Institute of Contemporary History at the Czech Academy of Sciences.

The prospective students should contact the guarantor of the programme doc. Sládek (pavel.sladek@ff.cuni.cz) and consult with him the proposed dissertation project and selection of a suitable supervisor.

The study programme Jewish Studies focuses on complex research into the Jewish history and culture. It takes into consideration both the social and political aspects and the religious and intellectual dimensions of Judaism. It analyses these aspects in their mutual interconnection. The design of the programme has, in accord with contemporary academic trends, an interdisciplinary approach. Methodologically, it builds on approaches of cultural and social history, literary, and religious studies. In terms of content, it promotes the study of Jewish history in diasporas (particularly in Europe and Northern America), the study of literature written in Hebrew, Yiddish, and other Jewish languages as well as literature that reflects the Jewish identity and their historical experience. Similar to the study of Jewish philosophy, an equally important role has the study of religious thinking and practice, primarily in those forms that draw from the traditional corpus of Rabbinic Judaism or related texts. Chronologically, the programme’s focal point is freely delimited by the formative period of Rabbinic Judaism; at its heart, however, stands primarily the research of Jewish cultures from the High Middle Ages until the present day with an emphasis on the modern Jewish history and culture of the 19th and 20th century. The diaspora cultures of Jews are examined in their diversity with special attention to the birth and functionality of Jewish religious, national, and social movements, and to the interconnectivity and interaction of Jewish cultures with others, but also to the history of Jewish migration and the transregional dimension of Jewish experience. Because many aspects of these cultures are ideologically and practically linked to the country of Israel, the programme welcomes research on the cultural products of this geographic region which interpretation requires a broader than only regional delimitation.